How to Choose an Area Rug

Finding the perfect rug for any room starts with an understanding of the materials and constructions that are used to make area rugs today.

Pile rugs can be made by three basic methods -hand knotting, hand tufting or by automated machine. Each method is unique! 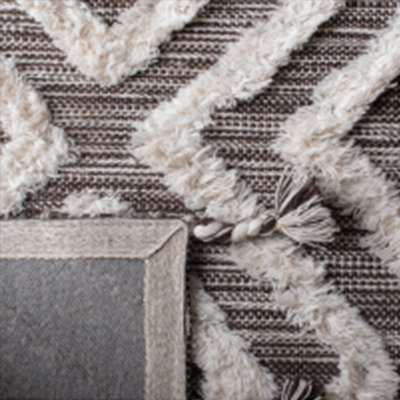 (also called hand made) are produced by
punching individual yarns through a fabric sheet using a device called a “tufting gun”. Once the rug has been completed a second fabric is glued to the back to hold the yarns in place. 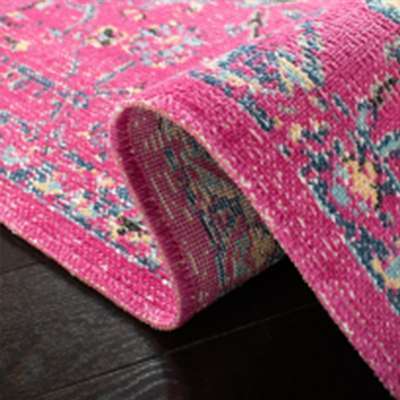 rugs, also called power loomed, are produced by an electronically driven machine whose pattern is controlled by computer or a punch card system to produce a repetitive pattern. As such, these rugs can be produced quickly and at an approachable price point. 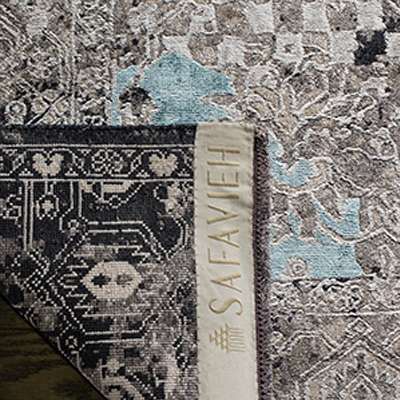 are the crème de la crème of the rug world. These rugs are produced using ancient techniques, have unlimited design and color variations and may have investment value in years to come. Hand knotted rugs are made on a vertical frame called a hand knotting loom.

The Making of a Rug….

Once the warp threads are arranged up and down the loom, the actual production process begins. First the weaver begins by making a flat or non pile weave. This is intended to secure the knots which will form the rug from coming out at either end. After 10 -12 rows or more of flat weave are completed, the weaver begins the knotting process. He consults what is called a “cartoon” a graph paper on which each square represents a single knot tied in a specific color of yarn. The cartoon has been constructed by a master designer who may wish to produce an ancient pattern or create a vision of his own. The weaver ties individual knots in the specified color to the warp threads across the entire width of the loom – and then begins a second row of knots again corresponding to the cartoon. Every row or few rows of knots the weaver inserts a “weft”, a flat woven thread which holds the knots below in place. This process continues until the entire rug has been produced and the end is finished with a flat woven area similar to the one where the process began. Depending on the type of knot, the pattern and the number of knots required this process may take up to a year to complete. Once completed the rug is then “sheared” to produce a uniform surface, hand washed to develop luster and finally dried (some in the sun for authenticity). Safavieh is a leading producer of hand knotted rugs from a variety of countries including India, China, Pakistan, Turkey and Nepal.

I am a returning customer